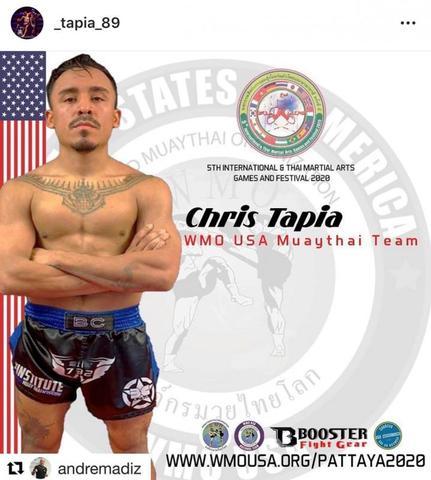 If you have had an HVAC system installed by us you most likely have met Chris Tapia, on our install crew. Chris started training in Jujutsu 8 years ago when he met his trainer who introduced him to Muaythai fighting. After only training for one month he was spontaneously entered into his first competition. It struck like a lightening bolt for Chris and he has been hooked ever since.

Recently Chris was in Delaware to compete in the "Gut Check Competition" where he fought as a Welter Weight. Chris is 5'9" and his opponent was 6'3" Chris lost this battle by one vote to the champion as a split decision. He is a very disciplined person, always training and eating healthy to make him a better contender.

Chris was scouted by a USA rep for an international competition called, "WMO Myuathai Competition" this March in Thailand. He will be in Thailand for 2 weeks, the first week will be in training and adjusting to the hot temperatures. The second week will be battling his way to the top.

Tapia's stated, "fighting is more of a mental game and I apply this same mindset to my personal life. It makes me a calmer person and much more focused in my daily life."

Everyone at Pipe Works Services is proud of his accomplishments and admires his dedication and discipline. I personally can only handle Shrimp Pad Thai in my daily life. If this will make me a better fighter I will eat it more often. :)

We serve the following areas